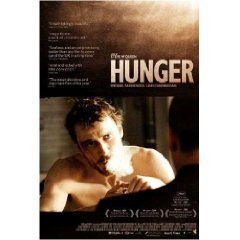 Something of a rarity now! If Steve McQueen, the writer and director of this incredible film, was never to make another film in his life, he could at least be happy in the knowledge that he has created something truly astonishing. Taking as its central core the last six weeks of the life of IRA prisoner Bobby Sands as he embarks on the hunger strike that will lead to his death, this film pulls no punches in showing the graphic nature of life for both prison officers and prisoners within the notorious Maze prison in 1981.